From 11am until 12.30pm and then from 1.50pm until 2.30pm at 3 different locations on the oval the individual pipe bands perform to entertain the public with their own special style of music 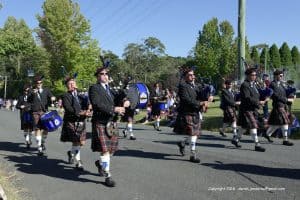