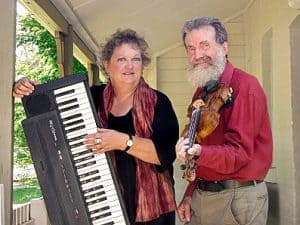 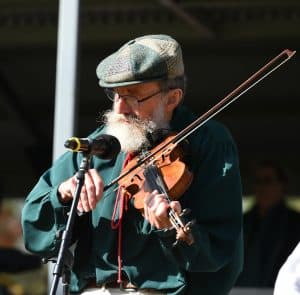 For 300 years the fiddle has been THE non-military musical instrument of Scotland, from the parlour to the Concert Hall, the Dance Hall and even the Kirk (prior to a fiddler being woken during a long sermon and launching in to The De’il Among the Tailors !)

Stringfiddle members Fiddler Bob McInnes and pianist Jane Ellis will once again accompany the Scottish Country Dance display on the oval and form the core of the Fiddlers’ Tent where they will be joined by friends from the Sydney Scottish Fiddlers and the dynamic young String Loaded Celtic Fiddle Band from Newcastle.

Do seek out The Fiddlers Tent – next to the oval on the Jordans Crossing side.